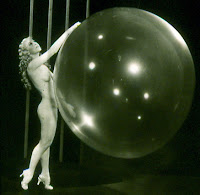 The Boston "We've Come for the Davenport" Chapter of the Robert Benchley Society has planned a January event: "Barefoot up to Her Chin," the name of our next life drawing session, is taken from the title of H. Allen Smith's interview with Sally Rand. Smith, a newspaperman and humorist of the mid-20th century, was a friend and great admirer of Robert Benchley.
We'll have food delivered at six and start drawing at seven. As in the past, we'll supply the food, drinks, and art supplies. Cost will be $25 for Robert Benchley Society members and $30 for non-members. Skilled artists are welcome, but the event is directed toward beginners. Write-ups of past life drawing events are available at www.trumbullofboston.blogspot.com. For more information, mail David at david@robertbenchley.org.

Posted by David Trumbull at 3:11 PM No comments:

Just in Time for the New Year...

...the Robert Benchley Society announces that our Commemorative Tenth Anniversary Edition of Love Conquers All is available for purchase on Create Space and at Amazon. (If you buy using the Amazon link, be sure to buy from Amazon to get this commemorative edition. Other resellers on Amazon offer Love Conquers All in other editions lacking our valuable additional materials.)
Originally published in 1922 by Henry Holt and Company, this volume contains 63 Benchley essays, previously published in Life, The New York World, The New York Tribune, The Detroit Athletic Club News, and The Consolidated Press Association. The illustrations by Gluyas Williams are also from the 1922 edition.
The RBS 10th Anniversary Edition features a new forward written for the Society by humorist Bob Newhart, an introduction by Society chairman, David Trumbull, and a thoughtful essay on Benchley's humor style and influence by Ed Tasca.
That's not all. This volume has the essays by the first place winners of the Society's annual humor-writing competitions:
W. Bruce Cameron, Horace Digby, Tim French, Madeleine Begun Kane, Daniel Montville, and Mike Tuck.
Humorists Dave Barry, Arte Johnson, and Mark Russell also contributed material in this edition, which is "must have" item for any fan of witty humor in the Benchley mode.


Posted by David Trumbull at 12:32 PM No comments: 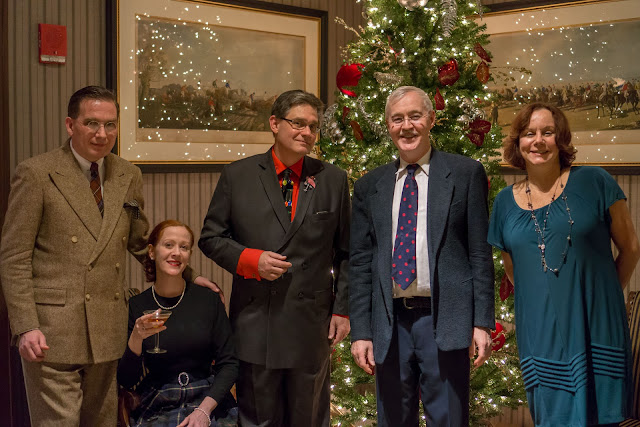 The "We've Come for the Davenport" Boston Chapter of the Robert Benchley Society met for Christmas cocktails at the Harvard Club of Boston on Thursday, December 20, 2012. This was the inaugural of the Chapter's new arrangement to have a Benchley Roundup at the Harvard Club of Boston every third Thursday of the month. For more information contact David Trumbull at david@robertbenchley.org.
Posted by David Trumbull at 8:25 AM 2 comments: