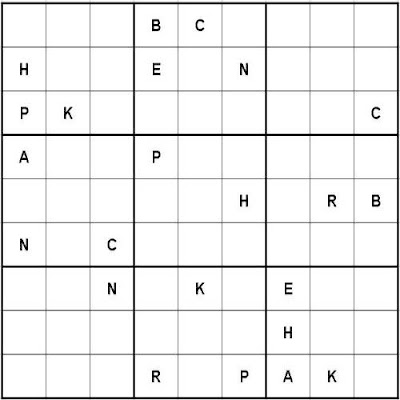 The Comedy Genius of Robert Benchley, July 15-23, at The Comedy Playhouse, Tucson

See The Comedy Genius of Robert Benchley, July 15-23, 2011, at The Comedy Playhouse, Tucson, Arizona. For more information see their website www.thecomedyplayhouse.com.
Posted by David Trumbull at 2:05 PM No comments:

Email ThisBlogThis!Share to TwitterShare to FacebookShare to Pinterest
Labels: Theatre

There's a new iPhone app in the iTunes store called "Robert Benchley Quotes," and it makes Ben Hur look like an epic. I sprang for the princely $1.99 fee, but it's just a modest sampling of the "usual suspects" quotes, displayed at random on a photograph of beach rocks. All of these quotes are available online for free.

Most of the quotes are accurate, but, incredibly, "Streets full of water, please advise" is missing the explanation that it's a telegram from Venice -- thus making it about as funny as "Snow falling heavily, please advise."

- Chris
Posted by Chris Morgan at 4:16 PM No comments:

An Interview with W. Bruce Cameron


The paperback edition of W. Bruce Cameron's bestseller, A Dog's Purpose, is released today. The interview that I had with him is syndicated at Associated Content from Yahoo. You can read it here An Interview with W. Bruce Cameron
As you know, Bruce has been named Columnist of the Year by the National Society of Newspaper Columnists (NSNC). The awards ceremony is scheduled on Friday evening, June 24, 2011, at the NSNC "Rebound in Motown" Conference in Detroit.
During the Conference, there will also be "A Moderate State of Preservation" gathering hosted by Tom Saunders.

Congratulations, Bruce!
Posted by Rose A. Valenta at 9:53 AM No comments: 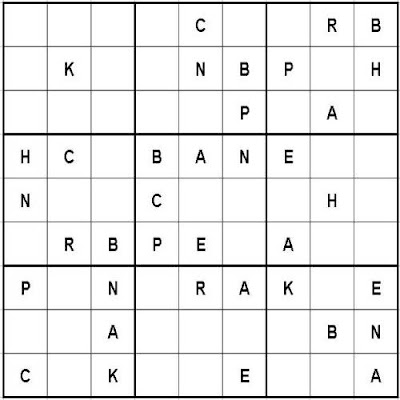 Posted by David Trumbull at 4:00 PM No comments: 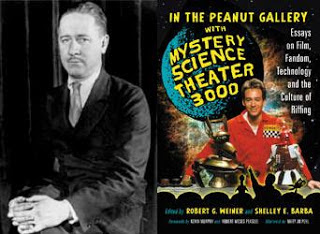 A new book – In the Peanut Gallery with Mystery Science Theater 3000 – about the cult TV, pop culture phenomenon, acknowledges the influence of great American humorist Robert Benchley. For a review by Robert Benchley Society member E. Mitchell, go to http://blog.seattlepi.com/filmhound/2011/05/19/robert-benchleys-influence-on-pop-culture-noted-in-new-book/
Posted by David Trumbull at 3:53 PM No comments:

The National Indie Excellence Book Awards Salutes the BEST of the BEST in 2011.

Independent and self-published titles roar to the forefront of excellence in numerous genres.

Today Ellen Reid, founder of The National Indie Excellence Book Awards, released the names of the winners and finalists in this year’s contest www.indieexcellence.com said..."Excellence is not easy to achieve and the book industry needs it more than ever...the NIEA salutes authors and publishers who make excellence a priority."

Whitmore Lake’s Glendower Media (www.glendowermedia.com) has won the top place in the Humor category with its latest release The Athletic Benchley. This book is a reissue of all the articles done for The Detroit Athletic Club News by the master of nonsense and founder of the Algonquin Round Table, Robert Benchley.

Benchley was a prolific writer not only for the DAC News, but for Vanity Fair, The New Yorker, Liberty Magazine and many others. His books were best sellers and the current release only enhances Benchley’s reputation as the High Priest of Sophisticated Humor. The editor of this book is Tom Saunders, himself a winner of the Robert Benchley Award for Humor in 2005. “But I was way down the list of winners,” Saunders explained. “So rather than let me enter again they made me editor.” Glendower Media publishes short run and niche books and also publishes the Robert Benchley Journal, called “The Articles Of Confederation.” “No one was using the title so we thought…..”

Competition for the top spots is fierce, with prizes exceeding $12,000 in value and the priceless opportunity to have one-on-one coaching with inside industry experts, including top media and public relations consultants, marketing experts, and others.

Next year's 2012 Award application deadline is April 30, 2012. For information and to enter, please visit: www.indieexcellence.com.

“The judges for this competition are industry leaders that take their responsibility very seriously. We had the best pool of submissions ever and it was not easy because of the excellent books we received in every category this year. I am constantly thrilled at the outstanding work we’re seeing,” Reid said.

The Athletic Benchley is available at Barnes & Noble, Amazon.com and glendowermedia.com. The editor is available for book signings, book clubs, talks about the Algonquin Round Table and hazmat removals.

A complete list of winners and finalists for the NIEA Awards is at www.indieexcellence.com/indie-results-2011.htm. 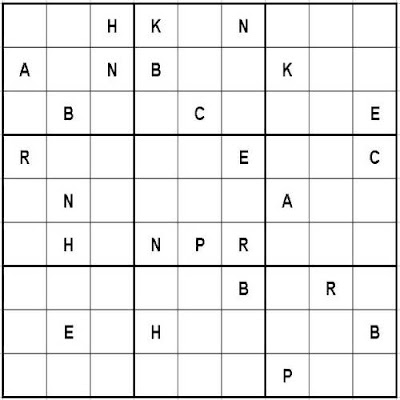 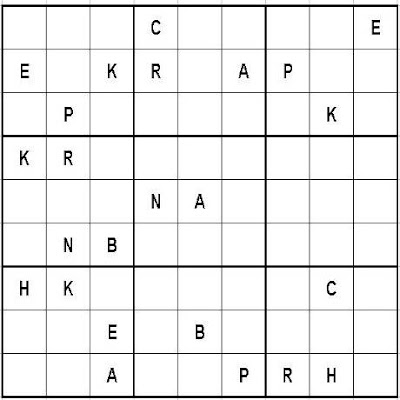 Posted by David Trumbull at 4:28 PM No comments:

A SPECIMEN OF RECENT CORRESPONDENCE WITH THIS OFFICE

Per regulation 26(b) of 1974 and Executive Order 42865-5 of 2002 all requests for changes to membership cards and/or certificates must be filed in triplicate with the DEPARTMENT OF STATE, Bureau of Internal/External Affairs, Office of Literary-historical persons (fictional/nonfictional), Room 314-b, Washington, D.C. 20205-6978 using form SF-105-b(1) available electronically from the OFFICE OF MANAGEMENT AND BUDGET. All request must include original card/certificate, proof of identity as required by (a) or (b) below:

(a) Primary proof of Identity

(b) Secondary proof of Identity

A valid U.S. passport issued earlier than December 19, 2009 accompanied by long form statement of live birth, affidavit from a relative within two degrees of consanguinity who has known you your entire life, affidavit from local Chief of Police in the city/town of our primary residence stating that there are no outstanding warrants for your arrest.

Due to the high number of requests processed by this office the expected processing time is 7.5 years. Should you need the certificate/card sooner you may apply for hardship expedited service by submitting form EF-9566-a(4) accompanied by the processing fee of $125. The current waiting time for expedited hardship service is 15.2 years.

P.S. Or I can just have Chris Morgan print a new one.
Posted by David Trumbull at 10:36 AM No comments:

To Benchley, Parker, and Wodehouse fans:

I have arranged for a private tour of the American Textile History Museum, including the special exhibit noted below, for Sunday, May 22nd, at 3:00 p.m. The cost will be $100 for up to ten persons ($8 per person after re reach ten). My guess is that we may attract 7 or 8 total, so that would make it around $13 or $14 per person.

Grace and Glamour: 1930s Fashions
In the 1930s, graceful cuts and glamorous fabrics replaced the boxy, boyish styles of the previous decade. In the face of economic hardship, people embraced the streamlined shape, elegant styles and newly invented fibers of a hopeful modernism. This exhibit shows dresses and accessories typical of this extraordinary decade.

Website: http://athm.org/exhibitions/future_exhibitions/
Posted by David Trumbull at 1:33 PM No comments:

Thurber House is located near downtown Columbus, OH at 77 Jefferson Ave in the restored home of James Thurber and his family. Here, from a recent electronic newsletter from Thurber House, are an event and activity that may be of interest to Benchley fans.

Joe Blundo Teaching Master Class at Thurber House. Joe Blundo is bringing his wit and wisdom to Thurber House! The popular Columbus Dispatch columnist will be teaching a Master Class on humor and column writing on Saturday, May 21 from 1-3 p.m. at Thurber Center, 91 Jefferson Ave. Class is limited to 25 students and the deadline to register is Tuesday, May 17.

Enter the 2011 Thurber Treat Contest! Do you like to fill in cartoon captions? Enjoy writing short stories? Or maybe just want to stretch the “write” part of your brain? If so, check out our 2011 Thurber Treat contest. This year they're asking contestants to pick one of three possible cartoons, create a caption for that particular cartoon and then elaborate on the caption with a fun story (limited to 1000 words). The deadline to enter is Friday, May 27. The three winning authors will be guests of Thurber House for dinner at the Wednesday, June 8 Literary Picnic, and will read their sage or silly entries.

For more information visit the Thurber House website, http://www.thurberhouse.org/
Posted by David Trumbull at 10:53 AM No comments: 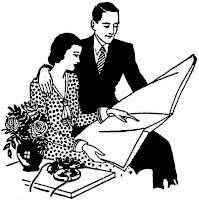 The entries in this year's Robert Benchley Society Annual Humor Writing Award Competition have been processed and are available for reading on the Society's website. The preliminary judges have been requested to submit their rankings by May 14th. The top ten will be sent shortly thereafter to finalist judge Mark Russell.

The essays, which have been stripped of all information identfying the authors, may be seen by clicking on the numbered links below:

Posted by David Trumbull at 2:27 PM No comments: