It is official: No ties required for New York's "21" Club. This was probably the only restaurant to require a tie for gentlemen; now "coat and tie" are optional.
Posted by Kevin Fitzpatrick at 11:05 AM 1 comment:

April 1st -- Deadline for entries to the 2009 Robert Benchley Society Award for Humor competition. Watch this blog for details in a few days.


Just in time for Inauguration Day, Robert Benchley announces that the recession is over. You heard it here first. Watch Benchley explain how the economy works. Hopefully the White House is watching too.
Posted by Kevin Fitzpatrick at 4:21 PM 1 comment:

Email ThisBlogThis!Share to TwitterShare to FacebookShare to Pinterest
Labels: Benchley in the Movies, Video

"Robillard's story was a delightful parody," said Kane. "And the title made me laugh out loud!" ...Read the story at http://humorfeed.com/press/20090115coffee.html
Posted by Anonymous at 2:08 PM No comments:

Email ThisBlogThis!Share to TwitterShare to FacebookShare to Pinterest
Labels: Contests

The Columbus Literary Awards is a biennial award sponsored by the Greater Columbus Arts Council, and administered by Thurber House, that recognizes the most outstanding literary works produced by Franklin County writers in the genres of fiction, nonfiction and poetry. Each winner receives an award of $5000 to encourage his or her writing career.

Three judges in each genre will determine the winner. Winners will be notified in September and celebrated at a reception and reading in October.

Guidelines and application form can be downloaded online at: www.thurberhouse.org. All applications must be received at Thurber House, 77 Jefferson Avenue, Columbus, OH 43215 by 4:00
p.m. Monday, May 4, 2009. Postmark dates will not be accepted.
Posted by Anonymous at 2:01 PM No comments:

Email ThisBlogThis!Share to TwitterShare to FacebookShare to Pinterest
Labels: Contests

Mr Benchley in the Balcony

Good morning! I am two things in this life (at least two)... a big fan of Mr. Robert Benchley and the webmaster of a motley website devoted to classic movies. Well, some of them aren't too classic. In any case, this week we shine a spotlight on a film starring Mr. Benchley, so I thought I'd bring it to your attention just in case you're interested.

You'll find us at http://inthebalcony.com/ and be able to navigate your way to the Benchley lecture fairly easily, I hope.

Clifford Weimer.
Posted by Anonymous at 1:38 PM No comments: 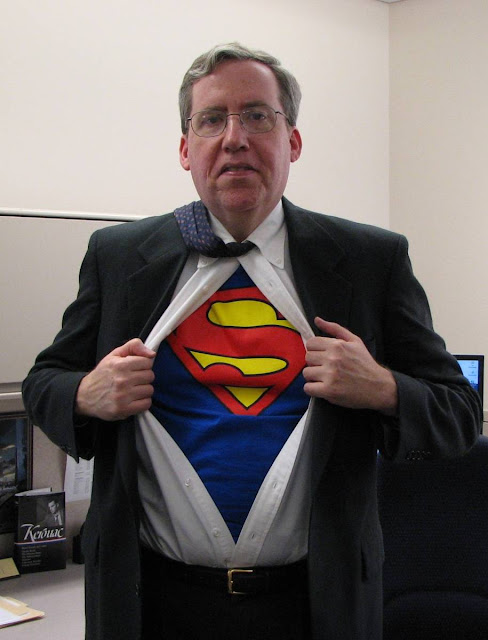 Email ThisBlogThis!Share to TwitterShare to FacebookShare to Pinterest
Labels: Photos

HAMMOND, Ind. — In a scene straight out of the movie "A Christmas Story," a 10-year-old Indiana boy got his tongue stuck to a metal light pole. "A Christmas Story," you may know, was based on the writing of Jean Shepherd (1921-1999), a fan of Robert
Benchley.
Posted by Anonymous at 10:29 AM No comments:

Great news for Benchley addicts! Google has begun to scan and display the contents of vintage magazines, including Liberty, where a lot of Mr. Benchley’s articles appeared. They're available at the Google books web site (books.google.com) a wonderful, but still relatively little-known, online resource. (In fact, the Liberty articles are taken not from the original 1930s issues, but rather from 1970s reprints, so called "Nostalgia" Liberty magazines featuring the best of past issues. Not all of the original Benchley Liberty articles are available yet.)

For example, Benchley’s article, Defying the Conventions, from the June 4th, 1932 issue of Liberty, appears with its original illustration and interesting period ads.

I also did an advanced search for “Dorothy Parker” and discovered, among the 146 hits, her August 16th, 1924 Liberty article, Every Woman an Interior Decorator. Again, this scan is from a 1970s reprint.

The Google magazine scanning program is brand new (it began in December, 2008), so many more magazine issues will undoubtedly be added to the list over the coming months. Currently you can search back issues of such titles as Liberty, ("nostalgia" reprints only, so far),Popular Mechanics, New York, Jet, and The Bulletin of Atomic Scientists. (Now there’s an interesting combination of titles!)

The magazine article scanning program is part of a major copyright agreement that Google recently reached with publishers to make information from out-of-print books and old magazines available online. The Google blog site has an article about the agreement: Search and find magazines on Google Book Search. By the way, Google notes on their site that they have received copyright permission to display these scanned articles.

Speaking of Google, Gordon Ernst informs me that there is a great set of Life magazine photographs of Robert Benchley performing in a radio show. You can see them here. Thanks, Gordon!

Email ThisBlogThis!Share to TwitterShare to FacebookShare to Pinterest
Labels: Benchley on Line

Sometimes it is better to just give a man a fish… 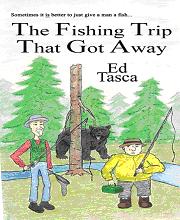 “Riveting—I could not put it down. Each intrigue spins you to the next, and it's all laced together with Tasca's insights and his characters who leap off the page. Tempered with Tasca's patented sudden turns to craziness.” Horace J. Digby, Award-winning Humorist and Director, Robert Benchley Society.

To order a copy, please go to Amazon.com or any other online bookstore, or to the publisher’s website: www.roseheartbooks.com.
Posted by Anonymous at 9:42 PM No comments:

Email ThisBlogThis!Share to TwitterShare to FacebookShare to Pinterest
Labels: Writers

Enter the first ever Thurber House Doggie Photo Contest, as part of the Evenings with Authors featuring consummate dog lover, Merrill Markoe, on Friday, January 23 at the Columbus Museum of Art at 7:30pm.

The Guidelines
Posted by Anonymous at 8:11 PM No comments: