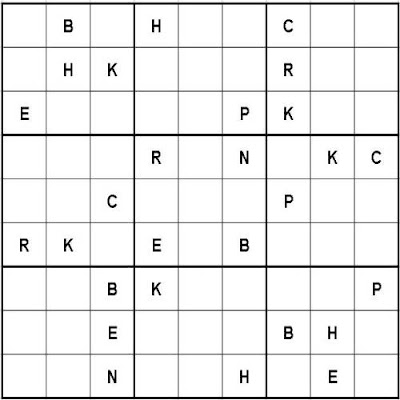 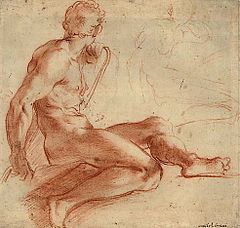 The Boston "We've Come for the Davenport" Chapter of the Robert Benchley Society will have a Round-up on Friday, November 18, 2011. We have hired artists' models for an evening of life drawing. For $15, which covers the cost of the models and artists' supplies, you can join us for sketching, light snacks, drinks (B.Y.O.B.), and conversation. Maybe someone will read Mr. Benchley's essay "Artist’s Model Succumbs" to put us in the mood.

NOT AN ARTIST? Don't worry. None of us are. The idea is to expose ourselves to something new -- sketching -- in a fun atmosphere with friends. No one will judge you work.

Those of you who were with the Robert Benchley Society delegation at the 2007 Dorothy Parker Society "Parkerfest" in New York City remember that one of the highlights of the weekend was a party featuring a life drawing class modelled on Molly Crabtree's successful Dr. Skethcy's Anti-Art School classes. Let's see if we can have as much or more fun in Boston with pencil and pad.

For more information or to sign up email David or Mary at trumbull@trumbullofboston.org.
Posted by David Trumbull at 4:40 PM No comments:

From the Mailbag and In Time for Thanksgiving

Over the weekend the following note was passed over the transom:


Since I assume that you know all things Benchley, I must ask you this pertinent (or IMpertinent) question: when I was in college I read a wonderful essay or short story that I sincerely believe was written by B.O.B about a family in the future sitting down to Thanksgiving dinner that mother worked so hard to prepare and finally, wiping her brow, she announced that it was ready. They all assembled at the table and she brought in a huge tray...with one large PILL-- Thanksgiving dinner for 17 people. As they all bowed their heads to give thanks, the baby reached over and grabbed the pill....and ate the entire TG dinner for 17 people. (think the baby exploded after that...)

DO YOU REMEMBER THAT STORY...AND WHERE CAN I FIND IT???!! I want to give a speech reading from it, and no one has been helpful. I remember at the time noting that it was written by Robert Benchley! Please CAN YOU HELP ME??! Sound familiar to you???


That is a Stephen Leacock piece titled "The New Food" which appears in the book Literary Lapses. Here is a link to it:

A rather ghastly ending.


Mr. Leacock was an admirer of Mr. Benchley who wrote:


"Here, for example, is Robert C. Benchley, perhaps the most finished master of the technique of literary fun in America. Benchley's work is pure humor, one might almost say sheer nonsense. There is no moral teaching, no reflection of life, no tears. What Benchley pursues is the higher art of nonsense and he has shown in it a quite exceptional power for tricks of word and phrase."
--Greatest Pages of American Humor (1936).

Email ThisBlogThis!Share to TwitterShare to FacebookShare to Pinterest
Labels: Leacock

You may recall that I e-mailed the Benchley Society earlier this year about obtaining the Benchley shorts DVD & had varying replies about whether region 1 would show or not in Europe. I held off trying that but have since discovered an excellent firm that was able to supply me with a region 2 compatible edition of the Warner Archive DVD via an agent in the USA. Their e-mail is geoffhogg@btinternet.com. I realize most of your members will be in the USA but there may be others like myself questing these splendid shorts.

All the best from Scotland ("as for the Scots- Good Lord, I won't be dare to show my face around there for a year!" ["A Belated Tribute"]), 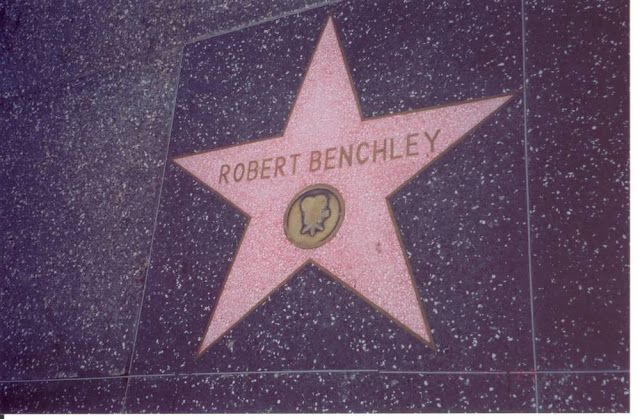 Posted by David Trumbull at 10:54 AM No comments: 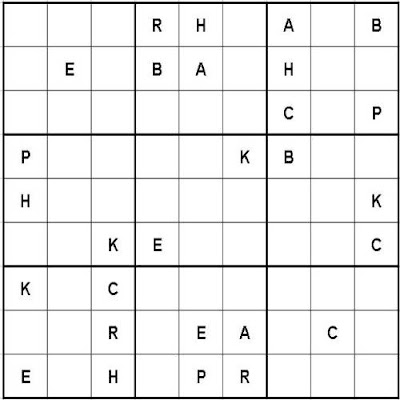 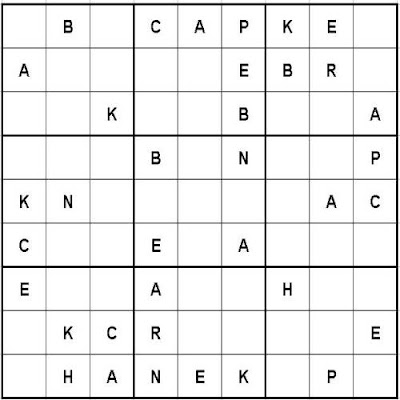 This week, Bloomsbury publishes “Backward Ran Sentences: The Best of Wolcott Gibbs from The New Yorker,” edited by Thomas Vinciguerra. The book aims to revive interest in this unjustly neglected figure from the magazine’s past in the same way that “Up in the Old Hotel” introduced a new generation of readers to the work of Joseph Mitchell. Vinciguerra kindly agreed to answer a few questions about Gibbs’s life and career.


Where do I begin? Starting in the thirties he reviewed plays as Robert Benchley’s understudy. Then, around 1940, he succeeded him as the magazine’s first-string theatre critic and held that job for eighteen years. In any given issue, he might have a serious short story, a comic casual, or a parody.

Read more at http://www.newyorker.com/online/blogs/backissues/2011/10/q-a-thomas-vinciguerra-on-wolcott-gibbs.html#ixzz1aVjnL5sH
Posted by David Trumbull at 5:30 PM No comments: 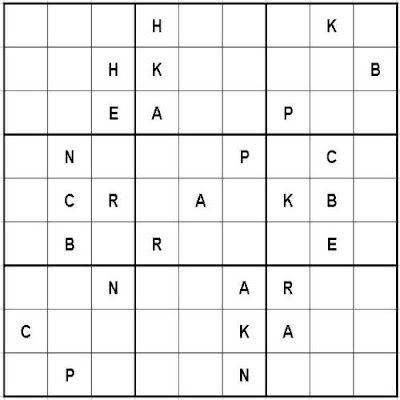 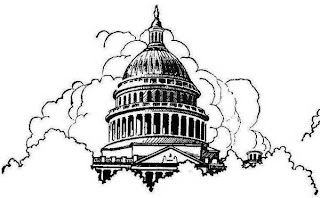 Cocktails and conversation were on the agenda last evening at the Founders Pub in the University Club of Washington, D.C. as local Benchley fans, Paul O'Day and Matthew Hahn were joined by David and Mary Trumbull from Boston for a small, informal Washington, D.C. Benchley Round-up.

The next planned Robert Benchley Society event in Washington will be the 8th International Annual Gathering, November 11-13. For details and registration visit http://www.robertbenchley.org/AG2011/registration.htm.
Posted by David Trumbull at 9:15 AM No comments:

Email ThisBlogThis!Share to TwitterShare to FacebookShare to Pinterest
Labels: Washington 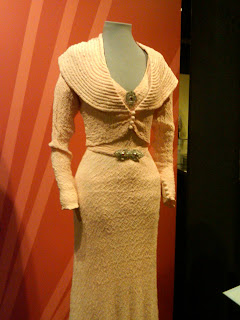 On Sunday, October 2, 2011, the Boston "We've Come for the Davenport" Chapter of the Robert Benchley Society enjoyed a "Round-up" in Lowell, Mass., to hear "Hollywood & Fashion: The Golden Age," a lecture by Patricia Warner, Professor Emeritus, UMass Amherst, at the American Textile History Museum. According to Professor Warner,

"In 1932, despite the Depression, some 60 million Americans—more than half the total population—went to the movies every single week. Most of them were women. The producers catered to them, giving them glamour and romance, but more importantly, wonderful cloths, makeup, and hairstyles to copy cheaply at home."

After the lecture the group, consisting of Sharon Clark of Framingham, Mass., Jimmy and Eileen Keck of Providence, R.I., Jean Wilson of Charlestown, Mass., and David and Mary Trumbull of Beacon Hill, Boston, viewed the special exhibit "Grace and Glamour: 1930s Fashions" in the
Stevens Gallery of the American Textile History Museum.

"In the 1930s, graceful cuts and glamorous fabrics replaced the boxy, boyish styles of the previous decade. In the face of economic hardship, people embraced the streamlined shape, elegant styles and newly invented fibers of a hopeful modernism. This exhibit, open through October 16th, shows dresses and accessories typical of this extraordinary decade."

"Great exhibit for glamour pusses like us!" said Mary DiZazzo-Trumbull, a sentiment echoed by Eileen Keck who said, "It was lovely. We will certainly stop back and have a longer visit." Referring to the the group's after-museum-visiting cocktails and dinner at Cobblestones of Lowell, Eileen added, "And dinner & cocktails were wonderful. Good choice, Mary." 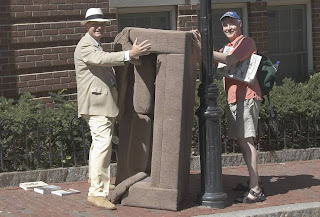 The Robert Benchley Society was founded in 2003 as a forum for appreciation and discussion of the work and life of twentieth-century American humorist Robert Benchley. The Boston chapter, "We've Come for the Davenport" is the oldest of the six local chapters located in American cities in on the East Coast, West Coast, and Great Lakes area and takes its name from an incident in Mr. Benchley's life that took place in Boston's Beacon Hill neighborhood. There are also at-large members of the Society throughout the United States and other nations.

Mr. Benchley, in the 1920s and '30s, wrote several essays that touch on the topic of wearing apparel, among them:
as well as in his 1940 motion picture "That Inferior Feeling."
Posted by David Trumbull at 11:19 AM No comments: 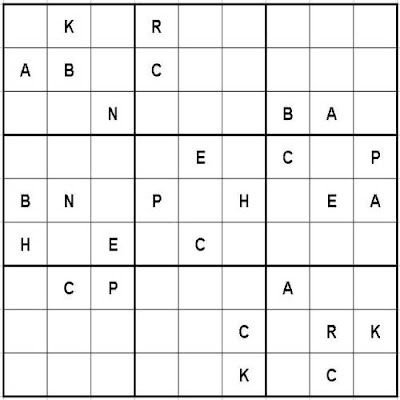 Posted by David Trumbull at 7:12 AM No comments: