Our Top Ten Funny Writers for 2012

The Robert Benchley Society is pleased to announce the ten semi-finialists in the competition for the 2012 Robert Benchley Humor Writing Award. The top ten entries, in alphabetic order by author, are: 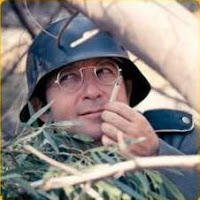 These essays are in the hands of this year's celebrity judge, comedian Arte Johnson, perhaps best known for playing Wolfgang the German soldier on Rowan & Martin's Laugh-In. Mr. Johnson will select the top four essays in order and send the writer of each essay a personal note stating what he liked about the essay. The Annnual Award Ceremony and Dinner will be held this fall in Los Angeles at a date to be determined based on the availability of our winners and Mr. Johnon.

The judges in the first round, which resulted in the top ten semi-finalists were:

Posted by David Trumbull at 1:03 PM