In a Quandary about Dots 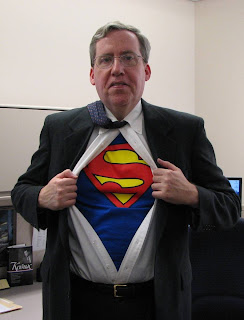 To this inquiry to the Robert Benchley Society:


I wonder if I can trouble you for a bit of help in resolving an issue I have with Benchley's 'My Ten Years in a Quandary.' I purchased this book a few years ago with the intention of creating an eBook from it. (I live in Canada, so the book is now in the public domain here where we adhere to the 'death of the author + 50 years' rule of copyright.) I realize, of course, that the illustrations are still under copyright, so I won't be including them in the eBook. (A shame, really, but what can one do?)

The question I have is this: In my book, there appears to be a great many breaks throughout all the essays, sometimes two or three breaks each. These breaks take the form of a centered:
* * * * *

When reading the essays themselves -- all of which I greatly enjoyed by the way -- these breaks appear to interrupt the flow of the writing. I've come to believe that these breaks may in fact be some kind of attempt to retain the original column breaks as they may have appeared in the initial printing of the essays in magazines and/or newspapers. Would you be able to clarify this at all? Does your copy of 'My Ten Years in a Quandary' look the same? Any help on this that you can give me would be greatly appreciated.

Quandary is a collection of the newspaper columns Benchley wrote for the King Features Syndicate starting in 1933. I just checked my files, I have photocopies of the columns, and see that they originally had the centered dots as breaks that you mention. Benchley's columns for King Features are shorter than his other essays.

Posted by David Trumbull at 4:23 PM

Email ThisBlogThis!Share to TwitterShare to FacebookShare to Pinterest
Labels: Benchley in Print, Inquiries