Now, through July 10, 2011 at the National Buidling Museum in Washington, D.C. "Designing Tomorrow: America’s World’s Fairs of the 1930s" (http://www.nbm.org/exhibitions-collections/exhibitions/worlds-fairs.html). 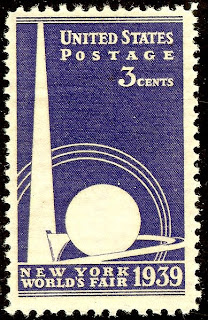 Between 1933 and 1940 tens of millions of Americans visited world's fairs in cities across the nation. Designing Tomorrow explores the modernist spectacles of architecture and design they witnessed -- visions of a brighter future during the worst economic crisis the United States had known. The fairs popularized modern design for the American public and promoted the idea of science and consumerism as salvation from the Great Depression.