L.A. Writer Recreates the Round Table in New Book 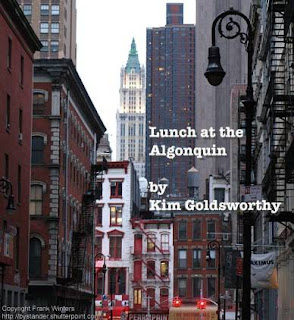 Mr. Kim Goldsworthy of the Los Angeles area has re-created an afternoon luncheon dialogue of the Algonquin Round Table, featuring Dorothy Parker and Robert Benchley, among half a dozen others, in that famous "Vicious Circle" which met in the Algonquin Hotel in New York City throughout the decade of the 1920s.

Mr. Goldsworthy wishes for members of the RBS as well as members of the Dorothy Parker Society to contact him via e-mail. Object: to ascertain the interest level of people interested in "hearing" what those now-famous people were chatting about in a typical lunch hour circa 1921, with insults and suggestive humor punctuating their literary allusions, their puns, and their respect for each other, and their disrespect for the rest of the world outside of their circle.

If interest is sufficient, then the book may be self-published via one of the major on-line e-publishing companies. If interest is light, then chapters may be shared among the readers who have shown an interest by contacting the author.
Posted by David Trumbull at 8:43 AM

Email ThisBlogThis!Share to TwitterShare to FacebookShare to Pinterest
Labels: Algonquin Round Table, Writers